Films That Were Shot in the Amsterdam City 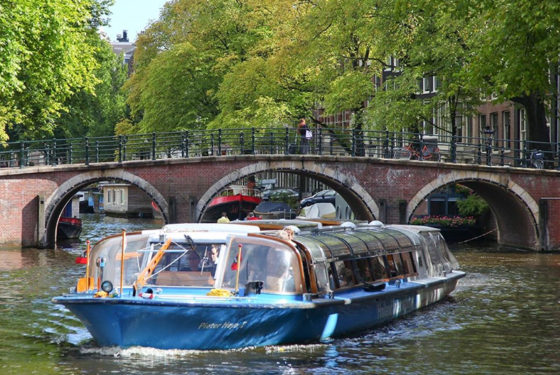 Amsterdam is a very beautiful tourist location attracting visitors from around the world. The same picturesque city has appeared on the big screen several times. There are so many movies, which were shot in the city. The canals, coffee shops, and other attractions have made film lovers be astonished at the beauty of the city. If you are a film lover and have watched some of the films shot in the backdrop of the city, you would have loved the city for sure. It will be in your best interest to go and visit these locations where the movies were shot.

Here are some of the movies and their locations in Amsterdam, which you might visit while on your Amsterdam private tours.

The Fault in Our Stars

It is a movie, which was made based on the young adult fiction book of the same name, written by John Greene. If you have watched the movie or read the book, you will know that a part of the story takes place in Amsterdam. There is this famous bench which was used in the movie where Hazel and Augustus sit and spent some important moments in their lives. This bench can be found at the intersection of the Leidsegracht and Herengracht. You are free to visit and see this bench, during your Amsterdam private tours.

In this movie, Danny Ocean and the team have an adventure in a casino at Las Vegas after which they reunite and plan to travel to two European destinations. With that plan, they come to Amsterdam and travel around the city. Their residence is at the Pulitzer Hotel in the movie. You can visit the coffee shop named De Dampkring where they had visited. You can find the Pulitzer Hotel in Keizersgracht 224 and the coffee shop can be found in Handboogstraat 29.

It is the James Bond movie, which was shot in Amsterdam. Bond investigates diamond smuggling. The scene near the Skinny Bridge is memorable. This is where the house of the smugglers’ contact is located in the movie. The Skinny Bridge is located between Prinsengracht and Keizersgracht, and the aforementioned house can be found in Reguliersgracht 36.

It is a Dutch movie of the year 2006. It featured many locations in the Netherlands. It is the Tropenmuseum of Amsterdam, which is a major location shown in the movie. There are many important scenes in the movie, taking place here. You can find the Tropenmuseum in Linnaeusstraat 2.

Include these shooting locations in your itinerary for Amsterdam private tours to have an awesome experience.