Haunted Places to Visit in Amsterdam 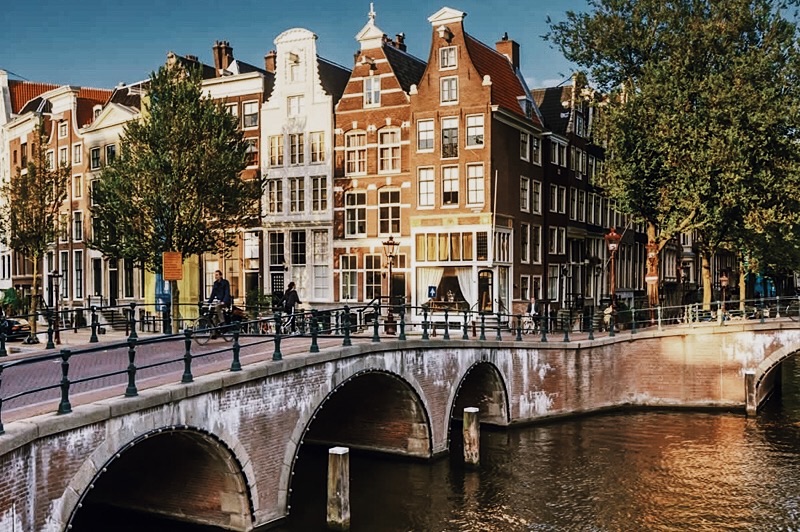 Amsterdam city is a place where you can have many adventures. If you are interested to experience a life out of the hectic lifestyle of yours, Amsterdam private tours can be a good option for you. The city has much in store for you to keep you engaged throughout your journey there. You can visit the canals, museums, and other historical monuments and it can be a thrilling experience for you. However, there are also certain unique places you can visit on your Amsterdam private tours.

If you love to have a unique trip through the city, you may choose to take a journey through the darkest alleys of the city. There are some haunted places in Amsterdam where the souls of the deceased are believed to be roaming around. The city has a long history of 800 years, and the old streets have many stories to tell of which some can give you nightmares.

Here is a list of some of the most haunted places in Amsterdam. If you love horror stories and enjoy watching horror movies, this can probably, turn out to be the most exciting part of your Amsterdam private tours.

This is the place near the famous Red Light district. It is considered the oldest part of the city. It is believed to be the residing place of one of the oldest ghosts in the city. The ghost is of Helena, a woman from the 18th century.

There is a story behind the belief. A sailor fell in love with Dina, sister of Helena. Getting to know this, Helena became furious and out of jealousy killed her sister by throwing her in the family cellar. Dina’s death was thought to be an accident and only Helena knew about the crime she had committed. Later, she married the sailor. In 1753, while on her deathbed, Helena confessed to her husband of the crime she had done and asked for his forgiveness. However, he became angry and cursed Helena’s soul to roam around without finding rest.

After about a hundred years from her death, there were multiple reports of seeing Helena’s ghost in the dark alley. Many had heard her screaming and moaning.

This is situated in the center part of Amsterdam city, the same area where the Royal Palace is found. You can find many people taking pictures here during the day. The area will be busy in the day with street artists who try to earn a living. However, the whole atmosphere is changed at night.

The place is believed to have some horror feel attached to it. The Dam is very significant in history from the time of Spanish Inquisition. Many public executions were held here. Many hundreds of people were condemned as witches and burned alive at the Dam. Even today, many people believe that there are so many of the souls that are wandering about in this center area of the city. Whatever it may be, the spooky nature of the place is a reminder of the ghastly history of the city. The famous Amsterdam Dungeon is close by and is built on a cemetery dating back to the 16th century.

It is the street that connects the Oudezijds Achterburgwal canal to the market square named Nieuwmarkt. There are several stories behind the name of this street. Some say that the place got its name after the blood of the prisoners, which flowed down the canal. Others say that there was a Bloedraad (Blood Council) held at the Franciscan monastery while Duke of Alba reigned the area. Many believe that the deceased spirits of those who were killed on the charge of heresy are still roaming in the streets.

It is an old spinning house. It was established to serve as a prison for women. It began in 1597. The women who were convicted of crimes were kept here and were forcibly made to sew clothes. Presently the building is a hotel.

There is the story of a young girl and a priest, which brings horror into the picture. A priest and a young girl fell in love but were separated due to circumstances. The priest took his life after he became too depressed about this incident. The girl lived in the Spinhuis for the rest of her life. One of the rooms in the hotel is believed to be haunted by the ghost of this priest. Even the hotel staff do not enter this room because of fear.

This is a horror story that is not restricted to any particular place in the city. The ghost of Black Mathew, who was a magician and thief from the 13th century, is believed to be roaming in the city. Be careful or you might bump into the ghost during your night walk in the streets.

Make sure you ask and understand more about these spooky tales and places during your Amsterdam private tours.