Popular Attractions to Explore in Amsterdam 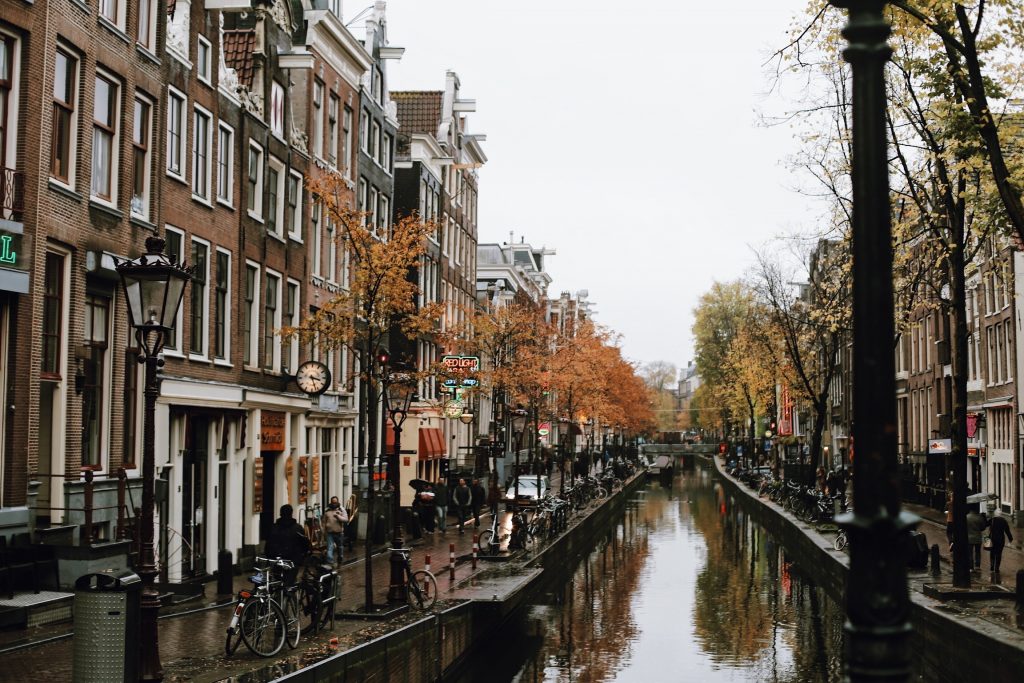 Amsterdam is undoubtedly one of the most popular tourist destinations in Europe, or in fact, the entire world. With more than forty museums, and a lot of universities and research institutes, it is the leading cultural center of the Netherlands. Amsterdam is also famous for the historic homes that are laid out in concentric segment patterns arranged in the shape of a fan. These homes are built on piles that are driven through a layer of mud into the firm bottom.

There are about 6,750 buildings here, which date from 16th Century to 18th Century. There are 160 canals dissecting these buildings and these canals are home to many houseboats. In addition, there are many picturesque bridges linking to the 90’s islands of the city. Below are a few attractions in the Dutch capital city that you can include in your Amsterdam private tours.

The Rijksmuseum is one of the most famous attractions in Amsterdam and it is indeed a very important art repository. The museum was founded in 1809 and houses a great collection of antiques and arts. The collection in the museum includes about seven million artworks, out of which, more than five thousand important paintings are spread across 250 rooms in the museum.

Apart from the paintings, the museum also houses more than thirty-five thousand books in its library. There are also many displays, which deal with the development of culture and arts in the Kingdom of Netherlands. The collection of medieval sculptures, traditional handicrafts, and modern arts are worth noting also. The museum also offers many English language themed guided tours.

The Van Gogh Museum is a must-visit place for the art enthusiasts. Since its opening in 1972, the museum has been one of the top attractions in the city and is dedicated to the artistry and the troubled life of the most well known painters of the country. The Van Gogh Museum is home to the largest collection of Van Gogh paintings, and most of these were donated by the brother of Vincent Van Gogh, Theo Van Gogh. The building houses about 200 paintings, 500 drawings and etchings, and 700 letters that were written to and by friends and family of Vincent Van Gogh.

The Van Gogh collection in the museum is split into important periods in the life of the artist. The realistic works of the painter from the period 1887 to 1890 include “The Potato Eaters” and his impressionist works like “Vase with Sunflowers”. There are also works by his contemporaries, like Henri de Toulouse-Lautrec and Paul Gauguin.

The Anne Frank Museum is dedicated to the short life of the Holocaust victim named Anne Frank. She and her family were Jewish refugees from Frankfurt, and while hiding in her home during the times of Second World War, she wrote a diary that became very popular after WWII ended. It even became an international best seller, even though she died at the age of fifteen just two months before the end of the Second World War. Much of the items in the home are kept as such to serve as a monument to the tragic period in the history of the world.

Near to the Anne Frank Museum is located the West Church which is one of the most popular churches in the area. The construction of the church was completed in 1630 and the structure can look very unusual owing to its external and internal gothic features. It features an 85 meter tower, popularly called as Langer Jan, which is the highest tower in the city. There is a replica of the emperor’s crown on the tip of the spire of the tower and it is placed there in the memory of Emperor Maximilian, who was the emperor of Austria.

The Royal Palace was formerly the Town Hall and serves as the residence of the King. The construction of the edifice was a monumental task when it started in 1648 and needed the sinking of 13,659 piles. The exterior of the building is strictly classical and is based on the architecture of ancient Rome. The apartments are decorated with marble sculptures, ornamentation, and many other reliefs. There are also ceiling paintings by Govert Flinck and Ferdinand Bol, who were pupils of Rembrandt.

The Royal Palace has one of the finest furniture collections in the whole world. The City Treasurer’s room in the palace is decorated with ceiling paintings by Cornelis Holsteyn and a marble fireplace. There is also the Hall of Alderman, which has paintings by Flinck and Bol. The Council Hall is the largest and the most important among all the rooms. The hall is fabulously decorated and is among the most beautiful staterooms in Europe.